Part-artist and part-cultural historian, Enrique Chagoya draws from his experiences living on both sides of the U.S.-Mexico border and also in Europe to create mixed media works that juxtapose secular, popular, and religious symbols in order to address the ongoing cultural clash between the United States, Latin America and the world. Chegoya’s art is held in the collections of the Metropolitan Museum of Art, the Museum of Modern Art, New York, the Whitney Museum of American Art, and elsewhere. He currently teaches at Stanford University. 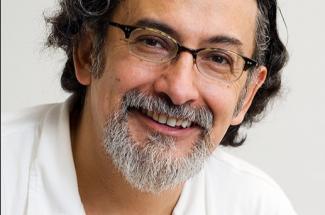