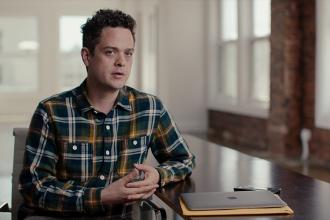 As a reporter with the Los Angeles Times, Garrett Therolf discovered that Los Angeles County’s system to protect abused children was failing: Case workers did not remove children from homes with histories of violence, and children were dying at the hands of their own parents every single year.

The recently released Netflix documentary The Trials of Gabriel Fernandez, was produced in collaboration with UC Berkeley School of Journalism’s Investigative Reporting Program, and is based on the most egregious case Therolf reported on, the death of 8-year-old Gabriel Fernandez.

The Antelope Valley boy died in 2013 after being tortured by his mother and her boyfriend regularly for several months. Despite multiple reports of abuse to the county’s Department of Children and Family Services, social workers did nothing to stop the abuse.

“There’s an enormous amount of secrecy around these agencies and they’re very poorly understood,” said Therolf, who since 2016 has been a reporter with Berkeley’s Investigative Reporting Program, a nonprofit promoting the practice of investigative journalism.

“I don’t think there’s any group of people that require more care and attention than children,” Therolf added. “So, I hope that through this documentary, people will have a much greater level of clarity about what child protective service agencies do, what pressures they are under and where they are failing.”

The six-part docuseries gives an in-depth look into the events that led to Gabriel’s death and also provides court footage from the trials of his mother, Pearl Fernandez, and her boyfriend, Isauro Aguirre, who were both charged with first-degree murder.

In the series, Therolf explains his reporting process, including reviewing documents, interviewing anonymous sources and the dogged reporting it took to substantiate the lapses and inadequacies of the local government agencies that contributed to Gabriel’s death.

Brian Knappenberger directed the documentary and said he first heard about Gabriel’s story through Therolf’s reporting, and that he wanted to cover it because of the larger systemic issues that contributed to his death.

“What’s amazing about this one story of this 8-year-old-boy, Gabriel Fernandez, is that he ended up illuminating so many areas of the county that needed some light shed on,” said Knappenberger. “These giant issues, like the problems with (Department of Children and Family Services), the problems with the county, the problems with public private partnerships, his story touched on all of those issues.”

The documentary was also a chance for Berkeley journalism students to help the professional journalists who work at the Investigative Reporting Program. As a graduate journalism student, Cecilia Lei helped Therolf as a research assistant.

Lei sifted through public records and helped track the money and lobbying efforts of MAXIMUS, a private for-profit company Los Angeles County had outsourced to do welfare and case management services.

The documentary revealed that an office run by MAXIMUS failed to report the abuse that one of their own security guards reported to the company about Gabriel.

“I had read Garrett’s reporting, but to see the depth of what had gone into the documentary was really, really eye-opening,” said Lei, who graduated from the journalism school in 2019. “Even though I worked on this small slice of the story, I think it allowed me to understand all the different kinds of roles that people play in such big collaborative investigations.”

The docuseries has ranked in the top 10 most popular on Netflix since its premiere on Feb. 26., and has inspired community advocacy toward the issue of protecting abused children.

Therolf, though, says he is by no means done. Since Gabriel’s death, from 2014 to 2018, more than 140 children in the county died in homes with violent histories.

“This is undeniably very emotional work,” Therolf said. “There are interviews that I’ve never been able to get through without crying myself. But it’s important to keep in mind that nothing that I experience, or anything that the viewers experience, comes anywhere close to what Gabriel Fernandez experienced.”

“Beyond what I’ve done in this story, we have a long record of high-quality journalism,” he added. “And this is just the latest in a long series of stories that the office has tried to shine a light on that would not otherwise receive the same level of attention.”

To donate to IRP’s “Gabriel’s Fund” for the continued reporting on vulnerable children, go to the donation page, and under the “I’m giving in honor of someone” section type “Gabriel Fernandez.”