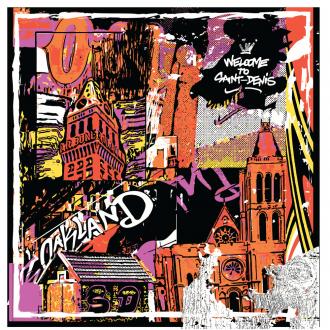 Join us for a panel discussion on the role of artists, urban planners, scholars, and elected officials, in developing community-oriented cities across the US—Oakland, Chicago, Detroit—and Saint-Denis.

Cultural leaders Roberto Bedoya, Connie Spreen, Anya Sirota, and Juliette Donadieu, will come together on screen to share their perspectives and experiences on projects related to the themes of placemaking, translation, and storytelling. Moderated by Shannon Jackson, this conversation will share insight into how cities can better create community and arts-minded spaces.

This event is part of the international conversation series 'City/Cité: Translating Cities and Cultures', presented by Villa San Francisco and California Humanities, with the support of Institut français.

Anya Sirota is an architectural designer, Associate Professor, Associate Dean of Academic Initiatives at Taubman College of Architecture and Urban Planning and founding principal of Akoaki. She is based in Detroit.

Connie Spreen is the Executive Director of Experimental Station in Chicago

Roberto Bedoya Cultural Affairs Manager for the city of Oakland, he participated in the Oakland/Saint-Denis project.

Moderated by Shannon Jackson, Associate Vice Chancellor of Arts + Design and Cyrus and Michelle Hadidi Chair in the Humanities at the University of California, Berkeley, where she is a Professor of Rhetoric and of Theater, Dance and Performance Studies.