Emmy-nominated filmmaker, author, and public speaker Tiffany Schlain is widely regarded as an internet pioneer. Shlain is the founder of the Webby Awards and co-founder of the International Academy of Digital Arts and Sciences. She served as advisor to former Secretary of State Hillary Clinton about the Internet and technology—topics on which she has delivered talks at Google, Harvard, NASA, and was the closing speaker for TEDWomen and TEDMED. Her filmic work has also been included in the U.S. State Department’s selections for screening at embassies around the world. 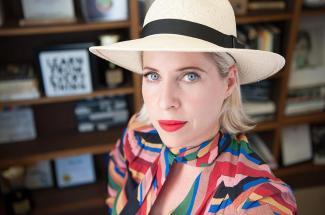