Korean American novelist and artist Theresa Hak Kyung Cha is best-known for her posthumously published Dictée, which explores the subject of loss: of country, language, memory, time. Its technique is a montage of family photographs, maps, diagrams, stories and prose poems. Cha was also an artist who experimented in performance and video. Her collection of works and archive are held by the University of California Berkeley Art Museum and were recognized there in the 2001 retrospective exhibition, “The Dream of the Audience: Theresa Hak Kyung Cha.” 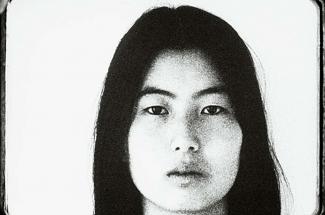