Composer Terry Riley launched what is now known as the Minimalist movement with his revolutionary classic IN C in 1964. This seminal work provided a new concept in musical form based on interlocking repetitive patterns. Its impact was to change the course of 20th century music and its influence has been heard in the works of prominent composers such as Steve Reich and Philip Glass. Since 1960, while at Cal, Riley has worked with a range of influential artists, including San Francisco-based dancer Anna Halprin and members of the Fluxus movement. 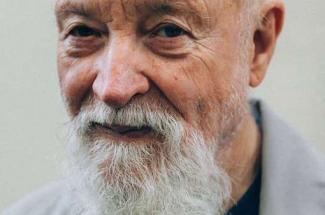