Amos Gitai is an Israeli filmmaker best known for his documentaries and feature films that visualize and analyze the Middle East and Jewish-Arab conflict. Gitai's work has been recognized in several major retrospectives, including at the Pompidou Center, Paris; the Museum of Modern Art (MoMA), New York; the Lincoln Center, New York; and the British Film Institute, London. Between 1999 and 2017 ten of his films were entered in the Cannes Film Festival for the Palme d'Or as well as the Venice Film Festival for the Golden Lion award. 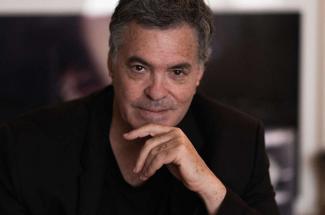