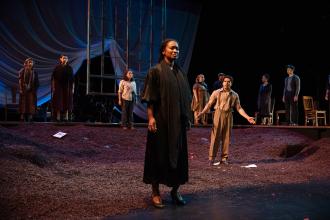 For Anna Sharpe, a theater degree means her son sees her pursuing her dream

Anna Sharpe has never done something because it was easy. Quite the opposite. If it’s hard — if it’ll take all she’s got, if it’ll leave her in pieces, she’s interested. Because it shows that it means something. That it matters.

When Sharpe first arrived at UC Berkeley as an undergraduate student in 2017, she didn’t know that she wanted to be an actor — that being on stage would help pull her out of the postpartum depression she’d been experiencing since giving birth to her son several months before. But after taking a theater class to lighten her rigorous art history class load, she fell in love.

“I just felt pulled to theater, more and more,” said Sharpe. “I was really questioning why I was afraid to take the leap. I was thinking a lot about my dad and just how common it is for families of color to want their children to do something that is safe, you know, where there’s going to be a return. But, obviously, I wasn’t going to be a STEM major, so I just decided to go ahead and do it. Nothing terrifies me and excites me at the same time more than acting.”

Sharpe, a double major in theater, dance and performance studies, will deliver the undergraduate speech at her department’s virtual graduation ceremony on Monday, May 17, in which she aims to offer hope for this year’s graduating class — one that has “overcome a tumultuous college career, spanning so many unusual circumstances.” 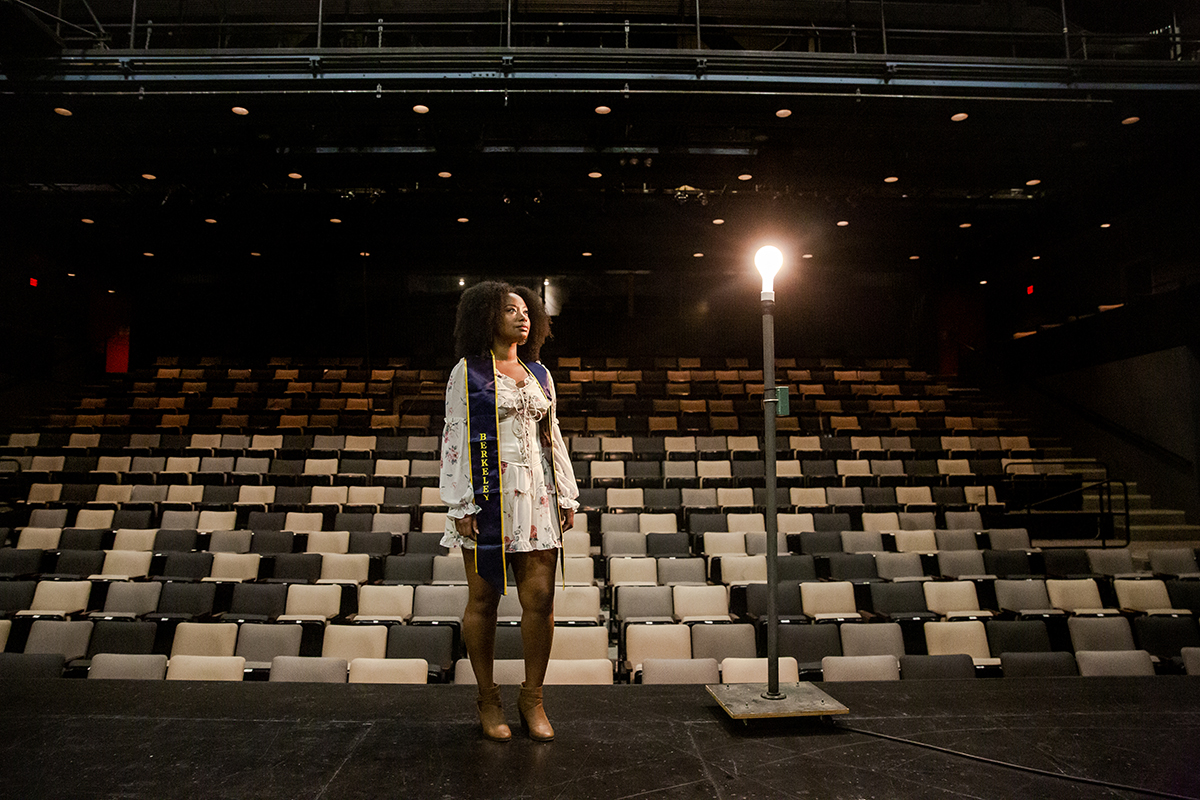 Sharpe grew up living in military housing — her dad, Ivory, was in the Navy — so, she and her older sister, Angie, moved a lot. Although she was able to easily adapt to new schools and make new friends, it left her feeling unsure about herself and her opinions. “I think I was always in this middle space, where I played it safe. I sort of felt like I was putting on a character. I feel like it did take me a while to get an understanding of who I was and what I stood for.”

After she graduated from Temecula Valley High School in Southern California, she began working at Bank of America and attending community college classes during her lunch breaks, returning late with permission. When she first visited Berkeley in 2014, for her sister’s commencement ceremony, she realized she could see herself living in the Bay Area. It was also when she reconnected with Quinn — the younger brother of her sister’s wife — whom she’d known since she was in eighth grade.

“He always told my sister, ‘Tell your sister I’m going to marry her one day.’ He’s younger than I am, and I was in a relationship for quite a while, but when we saw each other again at Berkeley, I was like, ‘And here we are. The plot thickens.’”

After applying twice to Berkeley, she got in, and she and her family — Quinn and her son, Lucian, who was 10 months old at the time — moved from Temecula to Albany, where they live in student housing at University Village.