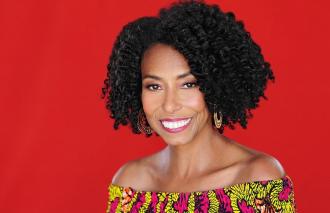 By
Caitlin Keller, The Daily Cal

Like the Lorraine Hansberry Theatre’s namesake, Margo Hall is no stranger to making history. After spending over 30 years as an actress, director and playwright, she is now continuing to focus her career on creating space for those underrepresented in theater and for Black artists’ voices. In this way, Hall seeks to uplift Hansberry’s commitment to activism as well as her art.

As the first female artistic director for the Lorraine Hansberry Theatre, Hall hopes to serve the local community’s needs above all else.

“We have to rethink what theater is all about,” Hall said in an interview with The Daily Californian. “Theater has to go back and embrace the community and see what the community needs.”

Since the Lorraine Hansberry Theatre is San Francisco’s premier Black theater company, Hall hopes to honor that rich history, especially championing inclusion in the arts. Wanting to create a safe space with her work, she strives to reflect both the trauma and the happiness of Black communities, noting how the joy is now more important than ever.

“By telling the historical truth, sometimes combat what is taught in our schools, we have the ability to bring in communities who are facing these issues and allowing them to see themselves on stage and share that with others who may not understand their issues,” Hall said. “At this point in time, and where we are in the world, I have an opportunity to build a safe space for artists of color … in the predominantly white institutions.”

Hall feels most inspired when she can have an active role in changing the lives of those who haven’t felt represented in theater before. One of her favorite memories is from a play she worked on presenting the story of a man who was directly involved with Jim Jones and the Peoples Temple in 1978. In this sense, she praises the healing aspects theater can bring, allowing this particular man to make peace with a painful time in his life.

“It was the most healing experience to see these people embrace him and for him to be able to show the story in that way,” Hall said. “I’ll never forget that.”

As for the theater community at large, Hall hopes for greater change and inclusivity in response to recent focus on Black voices.

“Changes, good changes: the only way we can create equity and inclusion in our community. We have a beautiful Bay Area community of artists and artistic directors, managing directors, designers, but sometimes it’s disjointed,” she said. “We have to unite and really come together and answer some hard questions and deal with some current issues so that we can heal as a community.”

In this sense, she connects some of theater’s issues as a whole back to the struggles Black theaters specifically face.

“We have the least amount of funding, and that goes way back to … systemic racism and legacy funding that is just not always afforded to Black theater,” Hall said.

Hall thinks the remedy to this problem ultimately lies in the theater community taking accountability for past mistakes and honestly acknowledging these issues.

“We have to share those stories in a way that we can talk about them afterwards, create community around them,” she said. “That’s when theater does good work.”

Remarking on the conditions of the arts during the pandemic, Hall praised the perseverance and ingenuity of artists, as creating virtually is completely new to many.

“With any change in our society, in our world, whether it be a pandemic, or fires, or basic lack of funding, we as artists will find a way to create,” she said. “We will come through the fire and we will create. We’re creative beings, and there’s an impulse that pushes us forward.”

Making art at this time, however, is not without its challenges, especially as artists experience Zoom fatigue and burnout. But as Hall said, “the challenge is just motivation.” Recent times may be both physically and mentally exhausting for everyone, but in general, Hall remains optimistic about the work that theater can do to change the hearts and minds of the local community.

“Theater can change the world,” she said. “It does. It does in many ways. We just need funding to do it.”

In addition to her work as an artistic director, Hall spends time with UC Berkeley’s Theater, Dance and Performance Studies department; she is currently directing a virtually-devised theater piece entitled, “Unstable Connection.” Premiering the first week of November and drawing on students’ personal experiences during the pandemic, it serves as a unique, innovative replacement for traditional live theater.

“You know, we all as artists, we always find a way,” she said.