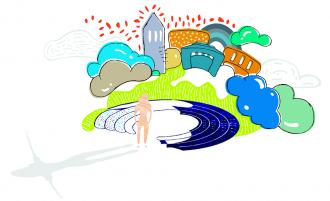 ‘Something has to change’: Collection explores movement behind UC Berkeley’s Women’s Studies Program

All they wanted was to read books by women.

They didn’t plan for revolution, but that is what it took.

“I don’t think any of us were conscious of starting a movement,” recalled Gloria Bowles Ph.D. ’76, founding coordinator of UC Berkeley’s Women’s Studies Program, during an interview. “We were just responding to an outrage, which was that we were students of comparative literature — we all studied four foreign languages — yet we read very few women.

“I just felt that, hey, something has to change here,” she continued. “This is not right.”

Galvanized by the women’s movement, Bowles and other comparative literature graduate students rallied for change. They fought for more women in the curriculum and on the faculty and, with a team of undergraduates, established Berkeley’s Women’s Studies Program in 1976.

Now, a growing collection — the Berkeley Women’s Studies Movement Archive at The Bancroft Library — reveals the long, and at times turbulent, journey behind that movement, with feminist pamphlets, impassioned letters, program proposals, course syllabi, and other ephemera. The materials provide an intimate look at the trek toward gender equality at UC Berkeley, and the power of sisterhood at the heart of the march.

“It’s important that people understand that the rights women have now and the presence women have now in the larger community, in business, in law, didn’t always exist,” said Carol Urzi M.A. ’74, J.D. ’88, a contributor to the archive. “It’s a result of women fighting for these rights over many years — over centuries, really.

“Of course, women are still not treated equally in this society — there’s no question about that — but there have been a lot of advances,” she continued. “Our little archive is the documentation of what we were trying to work through at the time, in our own way, at UC Berkeley.”

The women’s studies movement began in quintessential Berkeley fashion: with a ton of flyers.

In 1969, fed up with the patriarchal nature of her studies, Marsha Hudson Ph.D. ’78 posted notices around town announcing a new feminist literary salon, which she hosted. There, sprawled across living room floors, students discussed books by women and shared stories of the sexism they faced on campus and in their everyday lives.

“I sat there on the floor and I listened to the women’s stories, and I thought, ‘Oh, my God! I’m not alone,’” recalled UC Berkeley professor emerita Bridget Connelly M.A. ’71, Ph.D. ’74. “‘I’m not a freak for thinking what I had been thinking all these years.’

One by one, the matches struck. Ignited by that blaze, the women moved the salon into the academy, forming the Comparative Literature Women’s Caucus to tackle gender discrimination in the department and beyond.

In a 1976 letter to then-Vice Chancellor Ira Michael Heyman — one of many striking documents in the new archive — caucus members call out the lack of women on the comparative literature faculty, as well as incidents of sexual harassment.

“The psychological undermining of the female student’s confidence and self-esteem is ritualized through sexist jokes and comments,” the letter reads. “Male faculty members expect women students to react to these critical, humiliating, and condescending comments and attitudes with humor and acceptance.”

Along with their political work, several caucus members were busy translating lesser-known women poets from around the world, publishing the translations in a set of groundbreaking anthologies. The anthologies are included in the Library’s new archive, along with many unpublished poetry translations.

“That’s what a movement is,” Connelly noted. “All these things happening together.”