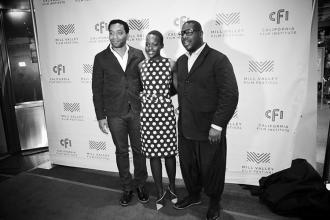 In this episode of Berkeley Talks, British filmmaker and video artist Steven McQueen, best known for his Academy Award-winning film 12 Years a Slave, talks about his first experience at Tate Modern in London as an 8-year-old, how he’s never pursued a project for the money and why he thinks experiencing art in the world — and not on a small screen in your hand — is so important.

This March 30 talk was part of UC Berkeley’s Arts + Design Thursdays, a lecture series on time-based media art that features leading media artists, curators and thinkers. The series was made possible with support from the Kramlich Art Foundation, run by Berkeley alumna Pamela Kramlich.

Watch a video of the talk on the Arts + Design Vimeo channel.