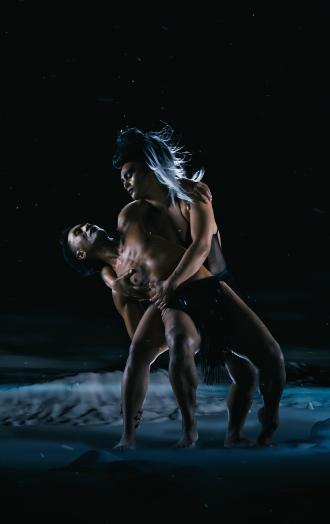 Lisa Reihana: How can a Maori girl recolonise the screen using mighty pixels

Inspired by the work of American and Canadian video artists fuelled my interest in non-standard formats. The freedom the art world offered, and the ability to wrestle with the tools associated with cinema, the commercial realm, magazines and broadcasting provided an opportunity to challenge and further late nineteen-eighties New Zealand society. Here was an opportunity to colonise the visual language of the time which led to much self questioning: What does it mean to be a first gen urban artist in Auckland, New Zealand - the largest Pacific city in the world ? How does gender affect access to indigenous knowledge, and what is it’s impact on the stories you tell? The resulting strategies has led to a sustained practise that attempts to both normalise and transcend ideas of what it is to be Māori.

Presented by the Berkeley Center for New Media as part of the Art, Technology and Culture Colloquium and the Indigenous Technologies Initiative. Co-sponsored by the Arts Research Center and The American Indian Graduate Program.

Lisa Reihana Ngāpuhi, Ngāti Tūteauru and Ngati Hine.
Through a pioneering practice combining photography, video and installation. Her philosophy is ‘making’ rather than ‘taking’, with a long-standing emphasis on portraiture photographs and historical and ancestral narratives. The collaborative nature of Reihana’s practice is made possible with the help of her family, numerous friends and fellow artists. Reihana’s work has been exhibited in museums, art galleries, and art festivals around the world.

In 2017 she represented Aotearoa / New Zealand at the Venice Biennale with Emissaries which included in Pursuit of Venus [Infected], a 64-minute and 24 meter long video projection inspired by Josef Dufour’s 1804 French scenic wallpaper Les Sauvages De La Mer Pacifique. Utilizing green screen technology to superimpose performers against a backdrop based on Dufour’s whimsical Tahitian landscape, vignettes explore meetings between Polynesian ancestors and early European explorers. Historic characters such as Captain James Cook present glimpses into some of the darker ‘infected’ moments of those encounters, as well as presenting the scientific motives for European expeditions alluded to in the title.