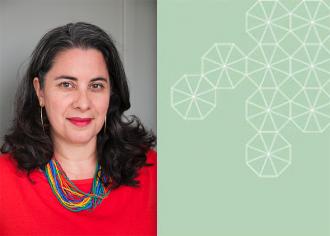 The UC Berkeley Art Museum and Pacific Film Archive has hired Julie Rodrigues Widholm as its new director. Widholm, who is currently the director and chief curator of the DePaul Art Museum, will begin at Berkeley on Aug. 1.

Committed to diversity and equity, Widholm has centralized the work of artists of color, women and LGBTQ artists throughout her career.

Prior to joining the DePaul Art Museum, Widholm, who earned a master’s degree in art history, theory, and criticism from the School of the Art Institute of Chicago, spent nearly two decades at Chicago’s Museum of Contemporary Art and served as its curator, where she often focused on championing under-recognized artists from marginalized groups.

For her efforts, in 2019, she was named Chicagoan of the Year in Museums by The Chicago Tribune.

“Julie stood out among a stellar and diverse slate of director candidates for her strong management experience, artistic vision, passion for equity in the arts and deep commitment to the teams she leads,” UC Berkeley Chancellor Carol Crist said. “I have no doubt that she will be a wonderful director who will deepen its ties to the academic and social fabric of the Berkeley campus, strengthen its connections to the Bay Area community and solidify its global reputation for artistic excellence.”